I began my career as an assistant in a small salon in Toledo, Ohio. The salon owner who inspired me was Arthur, his salon was Arthur & Co, and I was infatuated with him, his wife and family, his team, lifestyle and style. I wanted to be him and I learned who I was through his mentorship. I learned I was worthy of love and capable of great things from him and I believe my sense of humor was sparked by him. His approval and guidance meant the world to me. 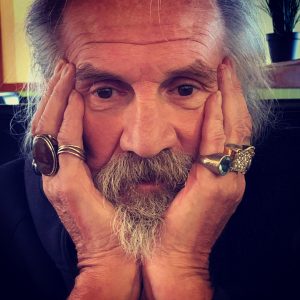 I’m proud to say we became friends, and even after I moved to Florida, we always stayed in touch. We visited each other and travelled together up until dementia robbed him of our history. Arthur lost his amazing wife, Judy in 2006 and I know he was incredibly proud of his biggest accomplishments, Aaren and Kate.

I’m remembering a hundred stories now of our antics; Judy’s obliterating Bloody Mary’s, me borrowing Arthur’s full-length coyote coat for a trip to Chicago (if only there were pictures of that!), Ron dressing Kate in drag at six years old (I know he tried to get Aaren as well, but he was too stoic) and after Arthur and Judy bought their dream house in an affluent neighborhood, we (his team) decided a “funny prank” while they were out would be for us to wait for them on their front porch playing cards in the nude. Talk about the good old days (I believe that was Flo’s idea, right?).

I can’t believe I must say goodbye after 40+ years to my mentor and friend. I pray you’re having vodka martinis for eternity with Judy surrounded by all your dogs who left before you. I love you, have a good rest in peace, save a bar stool for me.